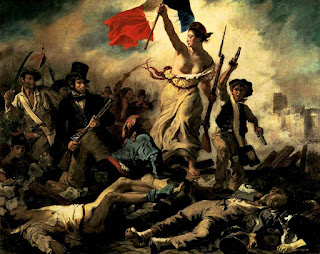 I went along to a presentation by Jean-Michel Darrois on his commission's proposals to reform the French legal profession at the Law Society yesterday. It, of course, begs comparison with the Clementi Review in the UK.

Darrois prefaced his remarks by saying that President Sarkozy was concerned that French lawyers weren't as present in the world as US and UK lawyers. It seems that French lawyers, apart from a few big firms like Gide, are more inward looking.

Taking this to heart the commission was composed of few lawyers, a couple of professors, judges, administrators and one in house lawyer, although it heard evidence from a wide range of people.

The French legal profession is divided rather like English lawyers with turf wars constantly being fought. When notaries were about to get the power to grant mutual divorces, French lawyers (avocats) objected that they were being excluded--hence Darrois.

Part of the trouble with the French legal profession is the perception of what each part's role is. Notaries are seen as quasi-public officials who can do "authentic acts". (Apparently, according to Prof Aynes, learning what these are is the bane of French law students' studies.) Avocats can't do them. In fact, avocats are seen as court lawyers whose prime duty is to the client--a defender.

Others do law as well including accountants and legal advisers. But strangely in house counsel are not lawyers. They are merely employees of the company and don't enjoy lawyer-client confidentiality or secrecy. The French legal profession likes it this way.

Overall, the reforms proposed by Darrois are modest, when compared to Clementi's.
Nicolas Sarkozy has said he will introduce the reforms next year.

Are they going to increase the presence of French lawyers in the world at large? Unlikely. At best this is a minor reconfiguration which brings the French legal profession into the early 20th century, but nowhere near the 21st century of Clementi and the Legal Services Act.

I can't see how the Darrois reforms are going to reduce the fragmentation of the French legal profession. One lawyer who spoke about the reforms expressed strong doubts. Another mentioned that being a notary in France still depended on nationality and therefore excluded UK notaries. (This is being heard by the ECJ.)

Even though Darrois kept lawyer participation on his commission to the minimum, they have won through. Of course, it's possible that if he had come up with radical Clementi-style proposals, Liberty would be raising her tricolor once more and we would have heard the screams from London.

The final conclusion to draw from this is that the French legal profession doesn't want to liberalize in the same way that the British have. Nor it seems do the Americans. At least the US recognizes the difficulties it faces. And at some point New York state will liberalize its own rules to cope with the pressures of globalization. The French haven't realized that globalization has already been in action for some time. They have a lot to catch up.
Clementi Darrois legal profession Legal Services Act

workhard said…
Hi.. this is a really informative article

Hans Peter Frick said…
Glad to see a comment in English.
The reference to in-house counsel is wrong.
The proposal is to grant in-house consel same rights and obligations as "avocat" except the right to represent in court and have its own private clients. Level playing field with other jursidictions.

John Flood said…
Dr Frick, Thank you for your comment. Actually under the Legal Services Act 2007 in England we are going to grant companies the right to have legal offices that will sell their services direct to clients outside the company as well as to the company. This could radically change the role of inhouse counsel in unpredictable ways.

And I was also referring to the lack of lawyer-client privilege in respect of inhouse counsel as compared to private lawyers. This is quite different from the US, for example.

Despite that the commission was a good and necessary thing. I still believe the French legal profession has a long way to go to modernize. And in this respect it will lag behind the US and UK in terms of global reach.

But what surprised me more than anything in the presentation I listened to was the conservatism of the French legal professors. They were more conservative than the practitioners. I felt they were living in another age, not the present one. There is a definite misalliance between legal academia and practice in France.
19:59