Straight There No Detours 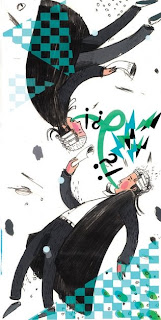 Avis Whyte and I have just finished an article derived from the research we did for the Bar Council on direct access to clients. It can be downloaded here.

The Bar has been a referral profession for many years and now it is attempting to reconfigure itself towards direct dealings with clients. This has a serious impact on the manner in which the Bar constitutes itself as a profession.

Modernity unsettles professional certainties. For four centuries the Bar has enjoyed many privileges (Prest 1986) but there has been a hollowing out of its professional core as its reserved areas have come under threat. The gradual erosion of the referral aspects of barristers’ relationships with solicitors and others exposes barristers to the contingencies of the market in a raw form not usually experienced. The rising intervention of the state into the lawyer-client relationship through the control of the legal aid budget is accelerating these moves. These are moves to bureaucratic control and potential proletarianization (Larson 1977: 232). The Bar is losing its grip on its professional project. Or is it? Muzio and Ackroyd (2008: 49) argue we are not observing the end of professionalism but rather various defensive manoeuvres by professionals to maintain their privileges.

How does the rise in direct access work fit with the changes in the Bar? In part it has to do with what Boon and Levin (2008: 77) described as “The legal services market has a multitude of sites in which different norms proliferate.” Barristers occupy many positions outside traditional private practice. They are in business, government, the Crown Prosecution Service, and even inside solicitors’ firms. And when we add to the mix an increasing diversity of professional members in gender and ethnicity, common cultural values change and may not hold. This is reinforced by the division in work at the Bar between those who largely undertake publicly aided work and those who act for private clients. Barristers paid by the state operate under considerable control in terms of what they can do and what they can charge for their labour. No equivalent constraints fall on private client practitioners: they function within the market. Further controls are imposed by chambers arrangements which are becoming more corporate in focus. Chambers are increasingly specialized in their practice areas. They target potential lateral hires, including groups of practitioners, and establish business targets, all of which compromises the ethic of individuality espoused in the Bar.

Although the fusion of barristers and solicitors is unlikely to happen, the introduction of Legal Disciplinary Partnerships in 2009 has opened up the organization possibility for the conjoining of the two. And when alternative business structures make themselves known, many conventional arrangements might begin to fail. Alternative business structures will seriously affect numbers and structures within the legal profession and increase the employed section of the legal profession. We suggested that up to a thousand law firms could fail in competition with supermarkets and other legal service providers. Barristers too will be affected.

With these eventualities direct access work grants the possibility of holding onto traditional values and procedures. Prest (1986) is clear that the settling of the referral structure of the Bar did not come into being until the 19th century, so that an earlier paradigm of professionalism for the Bar encompassed direct relations with clients. Attorneys and solicitors stepped in when geography made it difficult for clients. Direct access recaptures these pre-modern ideals of working. But perhaps of more significance is that barristers can situate themselves more centrally in the market through doing direct access work. Their potential for control over their work and professional relationships is enhanced.

It also comes with a great picture of Mao, my peke looking very serious.