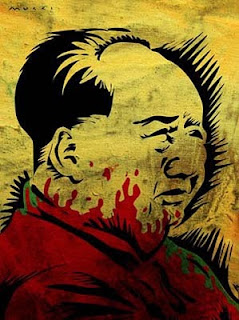 (Thanks to RalphMag)
It was only a few days ago that I was speculating how local governments and their legal departments would respond to the opportunities raised by the Legal Services Act 2007 and Alternative Business Structures (ABS).
We don't have to wait that long. In today's The Lawyer it was reported that Kent County Council's legal department (mentioned in the previous post) has formed a quasi-joint venture with a regional law firm, Geldards, to "create a single brand for public sector work capable of taking over local authority legal departments." The new "structure" will be called 'Law:Public'. It is clear that Law:Public aims to take over as much work as possible from the legal departments of local authorities. Local authorities could then close down or hive off their legal departments. To what extent the loss of local specialist knowledge will matter is an open question.
Since the new rules on ABS haven't been formulated yet, there are questions over this operation but they are unlikely to be challenged. To ensure a level of compliance with Law Society rules the two elements will offer different rates. KCC will charge at £90 an hour and Geldards will drop a £100 off its normal hourly rate to £150.
The success of ventures like these will depend on how local authorities begin to re-arrange their legal spend in the light of the financial crisis that is now hitting the public sector. Birmingham City Council has opened its own legal panel to other local authorities that want to access its law firms rather than recruit their own panels. For example, Hackney council in London only has barristers on its panel so the open Birmingham panel gives Hackney access to solicitors. The Lawyer also mentions that "dozens of authorities in the North West, North East and South of England are teaming up on a regional basis to access advice more cheaply through joint panels."
Coda: on the same front page of The Lawyer is an item describing how Outer Temple chambers (barristers) have set up a company to target international work. The OT barristers will be its shareholders. Once the new ABS rules are implemented then this company could start doing domestic work as well as international and generate work for non-OT barristers who could also become shareholders. So, we shall be seeing barristers listed on the Stock Exchange.
We've come a long way since a former Lord Chancellor, Lord Hailsham (bless him), enunciated, "A solicitor is a man of business; a barrister is an artist and a scholar."
alternative business structures lawyers Legal Services Act local government