From Ethics to Regulation 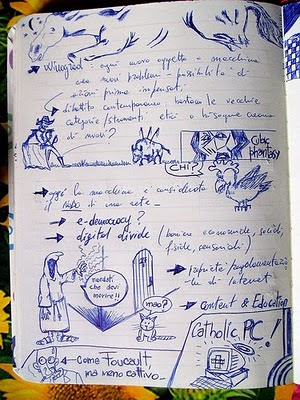 (Thanks to daniele esposito for computer ethics graphic)
I like the "Catholic PC" in the sketch. I wonder how ethical it really is?

I have put a new paper on SSRN.com titled, "From Ethics to Regulation: The Re-Organization and Re-Professionalization of Large Law Firms in the 21st Century".

The abstract reads: The recent history of the legal profession is presented as one where the re-regulation of the profession, as epitomized in the Legal Services Act 2007, has placed the large law firm at the centre as a site of regulation in its own right. The legal profession has redefined its professional character from that of autonomous producers to employed lawyers who now exercise discretion within tightly constrained corporate limits. This is paralleled by the move away from individualistic codes of conduct towards entity-based regulation.