(Thanks to scifirealENOUGH@.com)
The Legal Services Board held a conference today on the Future of Legal Services: Emergent Thinking. Its key themes were: risk based regulation; alternative business structures; innovation and the future of law firms; and consumers, lawyers and law firms.
Rather than summarize each paper I prefer to focus on those that raised the most interesting questions for the future. For those who would like to know more, the Legal Services Board has produced a pamphlet with digests of the papers which you can obtain from their research manager, Alex Roy.
Julia Black dealt with risk based regulation and showed that it needed a determined approach if it were to succeed. Often institutions might have risk based frameworks in place but don't implement them when a crisis arises. The Financial Services Authority's handling of the Northern Rock bank debacle was evidence of that. To succeed it needs the commitment of the organization (eg. the regulator and the law firm) and active monitoring. Since inevitably resources are scarce where are they best deployed? It's clear that most complaints come from the small law firm sector and hardly any from the large corporate sector. But when Arthur Andersen blew up after Enron, its law firm--the ninth largest in the world by revenue--had to be wound up to the satisfaction of the regulator.
So far regulators have only had to deal with what they know (known knowns)--law firms--but with the introduction of alternative business structures (ABS) in September 2011 they will be faced with known unknowns. Tony Williams, who was head of Andersen Legal when it had to be wound up, sketched a future where law firms wouldn't necessarily have to travel the ABS route or take external capital, but they had to be absolutely sure about what direction they would take. They could not afford to ignore this movement. Those that did elect to take external investment from private equity funds would find their management and decisionmaking processes rigorously challenged and audited. Moreover, their remuneration, if lockstep, would be overhauled as their billing was changed from hourly billables to fixed price or value billing.
Jon Trigg, A4e, spoke about the opportunities that existed in the individual end of the legal services market. He gave an example of A4e's work in its partnership with the Community Legal Advice Centres in Leicester and Hull bringing a range of legal services including telephone legal advice under one roof, in conjunction with a law firm. He demonstrated that innovation was not limited to the corporate sector of legal practice.
Legal Process Outsourcing (LPO) was described as a player that could truly exploit the legal services market. Mari Sako explained that LPOs were now beginning to move from low end, commoditized legal work into more high end work. With this is coming a new approach that sees LPOs forming ABS with law firms overseas and in India. In other words, LPOs will buy law firms. What LPOs have is the potential to colonize legal services in the way Apple did with combining hardware, software and music--iPod, iTunes, iPhone, etc. Their ability to take this road is because they are not constrained by the conventional wisdom of what law practice or the legal services market ought to be.

To remind you, if you want more information contact Alex Roy at the Legal Services Board. The board is committed to opening up research in this field and making all its research available via its website. They can't be any plainer than that.

The spaceship has landed and now it's time to contact the aliens..... 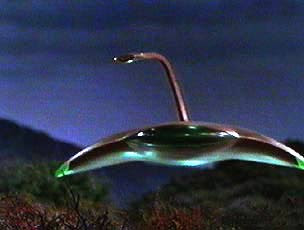 Marc Beaumont, Barrister said…
Marc Beaumont responds: I specialise in defending Solicitors, Barristers and Doctors in disciplinary proceedings. I see more and more cases in which the allegations are becoming both pettier and/or an intrusion into the private lives of professional people. At the Bar, the Tribunals seem to be overflowing with cases of failure to do CPD. Risk-based regulation would surely preclude training the might of a large organisation at such tiny infractions. A profession that investigates and prosecutes Barristers for the smallest misdemeanour runs the risk of bringing itself into disrepute in the eyes of the public and of its own members. A new test of "serious" professional misconduct would weed out such cases. CPD breaches could be dealt with on a fixed penalty and "totting up" basis. The vast cost of running the BSB could then perhaps be kept under some degree of control.
19:03

John Flood said…
Marc, I think this is where risk based regulation could make a contribution by weeding out petty cases that have low impact and instead focussing on the substantial matters that affect the public interest. And therefore your suggestion of fixed penalties for minor breaches makes perfect sense.

The purpose of such regulation is to devote the resources of the regulator to where they are most needed. Sometimes, of course, regulators like to take the easy way out.
21:02

Dissertation Writing Help said…
your post is nice . . let me tell u one thing that Blogs have become latest and important source of quality free information on net people enjoying for hours together. . .nice blog keep sharing;)
Dissertation Writing Services
00:46

onwebmedia said…
This is an excellent article. I got many unknown information from this site. domestic violence lawyer Fort Worth
02:00

dissertation writing assistance said…
Your post is excellent. I appreciate your work. I will keep on coming here to see new updates. Thanks for sharing this information.
21:48

Swethagauri said…
I wish to show thanks to you just for bailing me out of this particular trouble. As a result of checking through the net and meeting techniques that were not productive, I thought my life was done.free zone in dubai
17:50

Adler Eagle said…
It was much interesting and informative post you have shared with us.
19:19

kompanyservices said…
Good Post! Thank you so much for sharing this pretty post, it was so good to read and useful to improve my knowledge as updated one, keep bloggingcompany formation services uae
20:02

Lina Stillman said…
Very nice Post, You really give a wonderful information. Thanks for this post ! Lina Stillman
20:48

Pradeep Rj said…
As the authority lawful warning accomplice of the Confederation of Indian Industry and a legitimate administration member of Sulekha.com, commonfloor.com and numerous different organizations, both on the web (SaaS-based and other) and disconnected, we have sound bits of knowledge into how to make a solid lawful establishment for organizations. Visit vakilsearch to all kind of free legal advice: https://vakilsearch.com
22:48

elina White said…
Your written skills are excellent, you have shared the right information about legal services. I also wanted to known about deposition summary services. Could I get the perfect information?
16:21

Anonymous said…
Nice Article about
Legal Services in Hyderabad
Have you Made your will during these crisis times
21:48

Harish said…
Get free online legal advice and other legal services online from anywhere in and any time in India.
17:33

gd weddings said…
Thanks for sharing detailed blog on legal services. Legal Consultancy Services helps us to take the right decision at the right time without disobeying any law.
23:09

Eckert Legal said…
Great post, We all know that legal services plays an important role for our society. Really thankful to you for sharing such information.
17:23

Parshotam Lawyers said…
Really thanks for sharing this useful post !! This post is very informative and i have got very good information about future of legal services.

lvglawfirm said…
This comment has been removed by the author.
22:32

elina White said…
I really appreciate in writing this blog for us. I have valued your information about medical record review and do have the same thoughts. Thanks
23:09

P. A. Dorrian & Co Solicitors said…
Our professional solicitors and staff will assist with the initial application to The Personal Injuries Assessment Board (PIAB) and our extensive experience ensures the best possible result for our clients.
17:04

Lawyer For Supreme Court Of India said…
Hey thanks for this information. Advocate Narender Singh is Practicing in Supreme Court of India, High court of Delhi and Delhi district courts from 8 years.I am dedicated towards the litigants with results oriented approach.We are a group of highly qualified Indian advocates, Indian attorneys and Indian legal advisers for all kinds of legal services. We have an in-house team of lawyers providing seamless legal services in all the fields of law under one roof at all levels with a wide network. We provide solutions to all multi-jurisdictional legal problems through our highly qualified and experienced team. We have best advocate for supreme court of India who have lots of experience.

Unknown said…
Very Helpful And Nice Posted Article. This Is Really Useful And Nice Information. I Am Impressed By Your Given Post Of Your Blog.
Notary Public

Absolaw said…
Nice blog thanks for posting this, your content are so informative. If you are looking to outsource paralegal services at best price, then you can connect with Absolaw for fast and best service.

BS Auditing said…
The future of legal services in Dubai is an interesting one. Although the landscape is certainly changing in a variety of ways, one item that seems to be fixed is the role of Accounting Firms in UAE. VAT Consultants in Dubai has been key partners for many companies as they provide expert advice and assistance when it comes to complying with the complex tax regulations governing business transactions in the United Arab Emirates. While many other industry groups have long been in operation in the region, few offer as much comprehensive a range of services as VAT Consultants in Dubai.
21:38