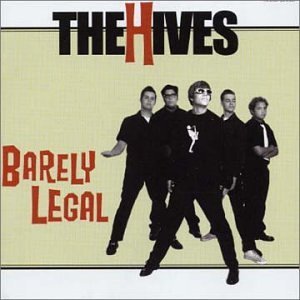 This is something Bill Henderson has been commenting on for a while now. Law job starting salaries are now located at two points: high--$160,000 and low--$60,000. Whereas we used to see this as a spread across the two hemispheres of law, it's now observable mainly in the corporate hemisphere. Essentially, the high earners are on a potential partner track (not guaranteed though) while the others are grunts.

So when Above the Law writes about law graduates having a barely legal future, the situation begins to get serious as perceptions gather strength. The cause? American Lawyer reporting that WilmerHale has opened an inshore outsourcing centre in Michigan and is advertising for "discovery attorneys" who will do document review at a full-time salary of $60,000.

The call is that law schools must respond to these changes but how? With the tyranny of US News & World Report law school rankings hanging over their heads it is rather difficult to see how they can do much. Potential law students will have to rely on less than neutral and objective evidence for some time longer.

Above the Law argues for two hemispheres of legal education. One that graduates the future partners of BigLaw and another that produces "discovery attorneys".

Although some think this is peculiarly American problem, it is one that's crystallizing here in the UK also. I've referred to corporatizing legal education here--designed for instant practice. This is in spite of many law school academics thinking they are providing a liberal arts education.

What we've seen in the UK is a disjunct between the numbers of law students coming into the academy and the numbers of jobs available. For many the problem is that the academy is producing too many law graduates and should be more sensitive to job availibility rates. I have dealt with some of this elsewhere.

While we don't have the US News & World Reports  to worry about, we do have newspaper rankings and national student satisfaction surveys and more. University vice-chancellors and deans fret over these interminably. They aren't, however, as catastrophic as the American versions. Yet from next year universities' funding models will be radically overhauled and students will be enmeshed more deeply as consumers and consequently more demanding.

The UK has its hemispheres and we can see the differential hiring procedures occurring. There is a rise (but I don't have statistics) in the hiring of contract lawyers. But there is also a big rise in the use of paralegals and I don't mean those trained to be paralegals. Rather the unemployed would-be lawyers are turning to paralegaling in the hope that a training contract might open up while they are there.

What will entrench the stratification of the market is the opening up (de- and re-regulation) of the legal services market that's now taking place. Fewer jobs will need to be done by fully-qualified lawyers. They can instead be carried out by a range of people qualified for certain legal and quasi-legal tasks. This is where corporatized law meets Tesco Law.

The US legal profession still thinks it can maintain a headlock on the control of the profession. How long for? At the expense of a cheap shot, Mubarek is finding a 30-year rule coming to end; Tony Blair only lasted for 10 years before he was ejected. Permanent monopoly becomes increasingly hard to justifiy, especially in a global market.
lega education legal process outsourcing legal profession

"At the expense of a cheap shot, Mubarek is finding a 30-year rule coming to end; Tony Blair only lasted for 10 years before he was ejected."

Blair was not ejected. Unless you can call stabs in the back by lesser-abled and over-ambitious colleagues "rejection".

The voters did NOT vote him out. He was Labour's winner. The greatest winner they ever had. I believe he would have won for them again in 2010.

How Labour must be ruing the day they let Gordon Brown, Ed Balls and Co rid them of that electoral jewel.