From Father Confessor to Compliance Officer 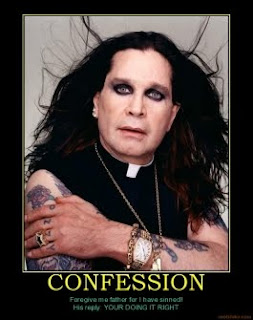 Risk management in law firms will soon be a tortuous task. At the 2nd Annual Law Firm General Counsel & Risk Management Forum today a group of law firm general counsel discussed their roles and how they thought they might change when the Solicitors' Regulation Authority (SRA) new handbook rules come into play.

The concerns arise because the SRA will require law firms to appoint COLPs (or Compliance Officer for Legal Practice). COLPs will be quite different to general counsel, and they will come into being at the end of 2012.

General counsel are often described as confessor type figures to whom lawyers can go when "sins" need to be discussed. Or as one participant said, "I got a call from a partner who told me he was being indicted the next day." For more academic discussion see Fortney and Chambliss. They are not, however, compliance specialists--their role is more diffuse and varied.

There are a range of questions over whether discussions with general counsel are privileged or not. In Europe the ECJ says not: and in the US the matter is before several courts.

The COLP--deriving from Head of Legal Practice in the Legal Services Act 2007--will be the main conduit between law firms and the SRA. But not just a conduit. COLPs will have to develop compliance and reporting policies and persuade the firm to follow them. So the COLP has to be someone of seniority and a lawyer. The COLP is supposed to record failures and report material breaches to the SRA.

What does it all mean? No one knows as guidance is sketchy. What will the liability of COLPs be? How will firms treat them? One thing is clear: the consensus from the panel today was that no general counsel wants to become a COLP. It would destroy the role general counsel have taken on themselves. So will COLPs be selected from risk directors, managing partners, or will they be a new free-standing role?

The SRA chief executive has been trying to allay fears:


...the SRA’s chief executive said the new requirement should not cause major changes in well-run practices.
“COLPs and COFAs will not be sacrificial lambs for what goes wrong in firms,” he said. “The new rules are about making sure there is somebody in the firm who ensures that there are systems in place to comply with the new principles.”
Answering a question from the audience, Townsend said COLPs and COFAs would be responsible for making decisions such as whether to refer a compliance concern to their firms’ managers but would not, in ordinary circumstances, be expected to report such matters to the SRA.
He also sought to reassure the profession that outcomes-focused regulation would not increase reporting requirements. The regulator had been cautious about not imposing further reporting requirements, he said before adding: “We’ll be looking at collecting additional information in relation to the soundness of the business but this will not be huge reams because we’re aware we shouldn’t be asking for too much.”

Testing times ahead for senior managers in law firms and ABS. I'm sure the sheep dip will be working overtime.
COLP general counsel law firms SRA