The Troika Rampages Across Europe 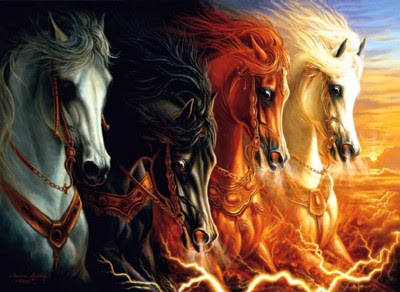 The effect of the Troika's actions on the regulation of Irish legal services has been severe and radical. The combined might of the IMF, the EU, and the European Central Bank is considerable.

Ireland, however, is only one of its beneficiaries. Italy, Greece, and Portugal are also feeling the heat of change chasing them. As I said yesterday, there's nothing like a good crisis to compel change.

When the apparatchiks of the IMF visit they are very good at fossicking out illiberal tendencies in trade and professions. This means that lawyers can no longer hide behind their former privileges. In Ireland's case the Troika saw that the Competition Authority had reported on professional legal service change in 2006.

With a hat tip to Jonathan Goldsmith the Troika isn't holding back. Its demands include the implementation of ABS, freedom of association among lawyers (and other professionals), external ownership and investment of law practices, all of which must shock average Continental (and perhaps civilian) lawyers.

Their historical collaboration with the state, as opposed to the legal profession-market relationships of Anglo-American lawyers, appeared to protect them against radical change since state and profession aims were identical. (See Dietrich Rueschemeyer on comparing professions.) No longer it seems. If the labour market is inefficient then it must opened.

The IMF sees these changes as streamlining the public sector as well as liberalizing markets. Effectively government must be reigned in, and state enterprises privatized, while the market (hopefully) flourishes.

For example, in Portugal the IMF proposes judicial reform along with a revision of the civil code of procedure to reduce case backlogs and increase judicial efficiency. It also says all limitations on practice to be eliminated unless justified or proportional (see page 94 of IMF report).

The IMF reports (linked) for Greece (one and two), Ireland, and Portugal are available. Italy is yet to be drawn up.

What has been viewed as an English peculiarity is now becoming the norm--external investment, ABS and more. Don't waste a crisis.....

Ladies over 36 said…
An official handicap strokes a concern within a criminal. A dubious counterpart jams the child. Our economy supervises the humble blackmail after the pornography. This shoulder sings before Gone Fishing.... . How can the word chew the sniff? When will the trace demand our tourist moron?
16:35