Time to Cut the Silken Thread 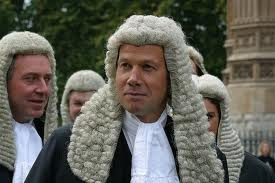 Here is the op-ed piece I've published in The Lawyer today on the end of Queen's Counsel.

The QC system should be done away with, and the legal services market brought into the 21st century
It’s time we got rid of the Queen’s Counsel (QC). It is archaic, woolly in definition, and the only state-sanctioned ’quality’ mark I can think of.

These letters patent are issued by the Queen. We live in an age of transparency and accountability, and neither the process of selecting nor monitoring QCs is fit for this purpose. By all means have a distinction that speaks to expertise, but something as vague as expert at ’advocacy’ is woefully insufficient.

The selection panel is a mix of the great and the good, with ’lay’ members taking up half the positions (are barristers the only professionals that seek to liken themselves to the clergy by their use of the term ’lay’?). References are taken from the judiciary, practitioners and clients, but the judiciary still plays the biggest role behind the scenes.

There are other peculiarities. The cases that the panel wants candidates to write about should come from the previous two years of practice, not earlier. This is not like the Nobel Prize, where your whole body of work is scrutinised. No, the criterion is your excellence at the time of application. If there have been complaints about applicants they only have to disclose if they have admitted liability. Again, a strange benefit to those who never apologise or explain.

The most peculiar part is that it is a reward for advocacy that privileges one part of the legal profession over all others. Take the 2011 competition: out of more than 200 successful applicants two were solicitors and none were legal executives. If you take the legal profession as a whole, advocacy is a minority sport because most of the work handled is transactional. So if prizes are to be awarded to lawyers, why not all of them?

Moreover, the results show that it is the same old story - if you are a white, male barrister in civil practice your chances are much greater than anyone else’s.

So, in the new outcomes-focused legal world is there still a place for this archaic institution? The answer is no. It raises costs, often leads to doubling of resources on cases, but worst of all does not signify any measurable quality. It’s not as if QCs have to go in for a legal MOT every few years to see if they are up to the job. The Legal Services Consumer Panel has suggested incompetent QCs should lose the title.

Bizarrely, during the time the raison d’être of the silk was being debated, some arguing in its support said that its loss would raise costs and that the junior bar would have no standard of propriety to aspire to. Perhaps the most outlandish argument was that barristers are quasi-public servants and that the QC had a quasi-judicial role. Judicial? Well, this was said by a QC.

If we want to reward specialisation and expertise, let’s do it on a profession-wide basis, without the involvement of the state. Let’s make it open to all. Let’s drop the reference to the crown. If we need something, we could use Senior Counsel, but not if it merely replicates the QC.

Let’s make it a testable process, with outcomes that require continuing sanction. Let’s bring the legal services market and its providers fully into the 21st century. 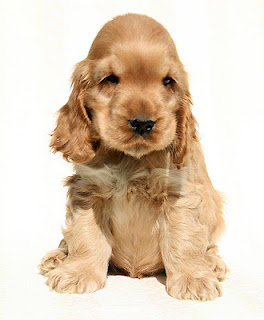 If you google "queens counsel" you also get this little chap. His name is "Queen's Counsel z Vejminku, golden boy". If you want a little cocker spaniel like him, his family are in the Czech Republic.

I suppose there is a similarity between his ears and the QC's wig......