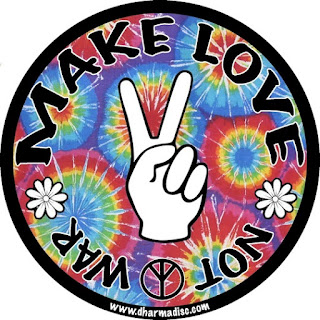 While Sacha Baron Cohen assumed the role of Dictator at the Festival Hall yesterday, a group of legal regulators were slugging it out next door. Lord knows what would have happened if both sides met...

Russell-Cooke, a big London law firm, organized a 'debate-seminar-symposium' on Enforcing Regulatory Standards in a Liberalised Market with Lord Neuberger (Master of the Rolls, which means he heads up the civil side of the appeal court), David Edmonds (chairman of the Legal Services Board), John Wotton (president of the Law Society), and Maura McGowan QC (vice-chairman of the Bar).

It was lively. (The hashtag #regstandards on Twitter will give you a flavour of the flow of events.) Lord Neuberger set the tone by chiding the marketization of law and the ever-burgeoning market in regulators. He's talked about this before. Law is something special and the rule of law is central to civilized society. So, are all the changes emanating from the Legal Services Act 2007 good?

David Edmonds met this challenge straight on by stating that outcomes focused regulation (OFR) is the only form of regulation compatible with professional ethics. And that consumers need to be put first--"I fear that I plead guilty to having unremittingly acted in the interests of the consumer." This is in contrast to a speech Neuberger gave in 2010 called "The Tyranny of the Consumer or the Rule of Law." (I know because he quoted from a paper of mine about the brave new world which he didn't like.)

Edmonds' stance is quite simple and not antithetical to Neuberger's own wishes: "In short, I want to see the legal profession adopt the same commitment to consumer care as it does to client care – to embrace modern business ethics alongside those of the profession. They are not mutually exclusive and each reinforces the other." Moreover, lawyers are not the sole possessor of ethical values and "it is demeaning in this debate to imply that non-lawyers are inclined to be less ethical than any other group running a business." (There's more over at Legal Futures.)

I feel that what Edmonds said--and you should read his complete speech--was considered, rational, and not contentious, in the modern world. You wouldn't have thought so from the responses.

First up was the president of the Law Society, John Wotton. He complained that OFR is leading to more detailed regulatory rules and therefore higher costs. But this is the way the front line regulators have interpreted OFR: there's no need for them to take this direction. The Law Society would like less regulation because consumer demand would achieve the same ends. But Wotton recognized that the ABS application process was slow and the Law Society and the SRA need to collaborate more on speeding up that process. Overall, Wotton knows the legal market has changed fundamentally and is subject to forces like globalization. For example, see his speech to the American Bar Association.

Having set out his general view, Wotton then called for ethics to be embedded in legal education. That's not a bad thing perhaps but it isn't the answer to improving behaviours. Secondly, he wanted will writers to be governed by the same rules as ABS. Thus we have pleas for more regulation, not less.

Then it was the Bar's turn. Maura McGowan presented the rule of law as antithetical to the idea of markets. Consumers were not the arbiters, just as Neuberger has asserted. Outcomes were not the defining instances, but it is process that is important. This is where the Bar tries to make a canny move. If you aren't part of the market, you can claim special treatment. Why? Because the Bar has a wider duty to the public and the courts and is beyond markets.

In some ways the Bar has sought and enjoyed the aura of a priesthood. But priests, the clergy and others have always had a necessary and close connection to the market. I always enjoy watching the religious channels on American TV--just incredible performances in the creation of mass adulation. Evangelicals are now the fastest growing religious group in Roman Catholic Latin America, for example.

The Bar thinks OFR inappropriate for itself. The public interest comes first before the consumer interest, which in itself doesn't make any sense.

We know legal education needs reform. I question whether the legal regulators are the best ones to lead it. After listening to the Law Society and the Bar Council, I'm not optimistic. Well, let's see what they come up with......

I felt both the Law Society and Bar Council wanted to snipe at the Legal Services Board. I don't mind that but as representative bodies of their respective groups they don't seem as clued up about what is happening in the legal services market as they should be. The Bar isn't standing still. See how Riverview Chambers is shaking up the orthodoxy with its fixed fee packages (with a new one for divorce).

It was clear that they really only see from the perspective of the profession, which is too blinkered. They need to become aware of the market and how the market, and its buyers, view them. That was beautifully summarized when someone said, "Consumers don't actually want to buy legal services."

Perhaps the last word should be left to a speaker from the floor who remarked that being complained about to the Legal Ombudsman wasn't a bad thing but actually was a good thing as one could learn what the complaints were telling you and therefore improve. The panel speakers didn't really embrace that one wholeheartedly. No surprises there...

PS. Interesting article in Solicitors Journal on this event: Bar walking backwards slowly according to Edmonds....

San Diego Wedding Photography said…
There should always love in our hearts where we can find peace of mind. May we all love one another and give each one another a big big hug.
01:26