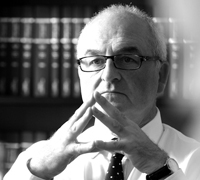 I usually start my posts with an image and since my topic is barristers' clerks, why not one of a clerk? The tricky bit is what to choose. Above we have serious, thoughtful, you can trust me.... The steepled fingers in black and white is the killer trope here.

But when I started looking for images, I found that although this is popular stereotype of the clerk things have moved on. We have happy, bibulous clerks: 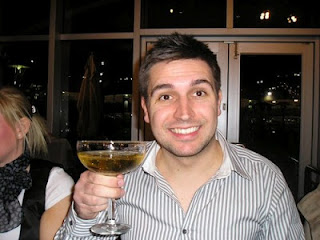 Clerking as you can see has it's rewards and fun times. And why not? But there is also a mystery element to clerks, a touch of the 007s or Harry Palmer's (look it up). That's when I saw this one.

Without doubt it is my favourite. This is notabarrister who blogs anonymously (you'll find him on twitter too). So here we see the evolution of the barrister's clerk from clerkus gravis to clerkus groucho, the ultimate in clerks.

Barristers' clerks came to mind because I'm writing about the "Cab Rank Rule". The rule applies to a small number of barristers but not to clerks. The success or otherwise--and I won't say exactly what that means--depends on the way the clerks run the chambers' diaries and business systems. I'll leave the rest of this to my report.

As I was looking around I found there is now an increasing number of blogs by barristers' clerks. And in case the Bar gets a fit of the vapours like the Ministry of Justice and senior judges over judicial blogs,  I want to bring them to the attention of readers so they can gaze on this most exotic of creatures.

Early on there were articles occasionally in the press about clerks like this one on "The Clerk Enigma". But even with the quotes from clerks, it lacks a certain joie de vivre. Later we get canute the clerk, but he didn't last more than two posts. I suppose he got washed away in a tide of Embankment 6X.

However, for those interested there are two good blogs that tackle the topic seriously. The longest running is Jeremy Hopkins' "Clerkingwell", which is enjoying a slight hiatus since Jeremy has become director of operations at Riverview Law. I'm hoping he resumes before long.

So, for our up to date reflections on clerking we must turn to "notabarrister", the Groucho Marx clone above. His anonymity allows him to delve into some of the more Freudian byways of clerking, especially their relationship to the barristers. I will be following notabarrister assiduously from now on.

I hope we get more. These guys are a unique tribe among the legal profession. I always rue the day I never actually became one instead of writing about them. I could have been profound, bibulous, and grouchy all in one.

John Flood said…
Indeed a slip but hey when you go to a gym or the like you hear the instructor shout "Hey guys..." and you realize you're the only (male) guy there. I think guy is androgenous now!
04:26