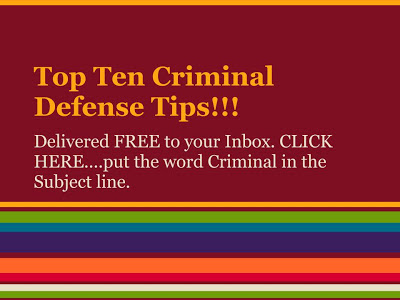 The Chair of the Bar Council, Maura McGowan QC (@MauraMcGowanQC), has written an open letter to the Criminal Bar Association in which she includes a paragraph on our Cab Rank Rule report. It makes good reading, especially in the light of Bertrand Russell's Decalogue I mentioned in my last post. She says:


The LSB has commissioned a ’report’ on the cab rank rule, it seems a bizarre thing to have done and it is now being described as a ‘discussion document’. There doesn’t seem to be much to discuss, the rule operates in the public interest. I have submitted a Freedom of Information request to find how much the report cost. Sir Sydney Kentridge QC is drafting the Bar’s response. We think he might know a little bit more about the subject than the LSB’s hand-picked academics, Professors Flood and Hvvid, who were the authors of the report. The BSB is equally concerned and has also commissioned a response. The Senior Judiciary will also express a strong view.


It's just seems as if the tone of her criticisms are a little off and again Russell might let an acerbic comment or two pass his lips here. But why is report in quotation marks? I recall the front cover says report quite plainly.

The telling sentence is the next one: "There doesn't seem much to discuss, the rule operates in the public interest." Then why the defensiveness? There is actually plenty to discuss which is why our report runs to 20,000 words or so. Why should such a simple "rule" (there, quotation marks again) operating in the public interest be so surrounded by exceptions and exemptions as to be virtually impossible to enforce? Why does the Bar exclude a whole section of clients from its application? Why do I think that the rule has more to do with money than people? The Bar's new standard terms seem to belie their belief in the public interest.

She slips in another one here--we're "hand-picked". Perhaps she thinks we should have been chosen randomly instead of going through a call for proposals and submitting one to the LSB. And given Sir Sydney's long association with the Bar, I'm sure he knows lots. But perhaps the Chairman of the Bar should ponder on this: We tried to find as much evidence as possible. The Bar collects no data on this, and we asked. If it has evidence and data that we don't know about, we would be delighted to consider it. The more the better. But now you see there is plenty to discuss after all.

In any case we propose something more fundamental than a rule that is never enforced, if it could be, that applies to a small sector of the legal services market, and that is impossible for consumers to understand. We think these types of principles should apply to all legal service providers.

I make two simple suggestions: 1. Please read the report. 2. Have a quick look at Russell's decalogue before replying, especially number 6.