Flagging down cabs or Booking a limo? The Australian View 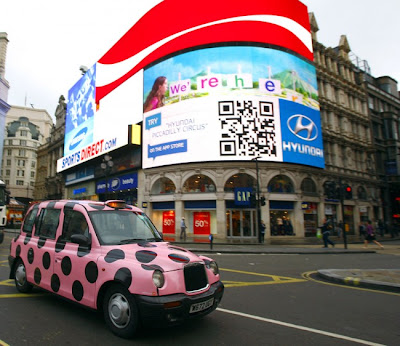 (thanks to paulickreport: note that colours are of Australian horse 'Black Caviar')

For all the furore about the cab rank rule, including Sir Sydney Kentridge's passing reference on "Desert Island Discs", we forget that it isn't always just about obnoxious individuals but often about venal and obnoxious corporations. It's an aspect the Bar prefers to ignore.

The McCabe Centre for Law and Cancer held an event on the cab rank rule in February focussing on the role of lawyers and big tobacco. Jonathan Liberman, the director, has written a post on this which is worth reading. His post is here.

This is how it starts:


At every stage, lawyers played an absolutely central role in the creation and perpetuation of the Enterprise and the implementation of its fraudulent schemes. They devised and coordinated both national and international strategy; they directed scientists as to what research they should and should not undertake; they vetted scientific research papers and reports as well as public relations materials to ensure that the interests of the Enterprise would be protected; they identified “friendly” scientific witnesses, subsidized them with grants from the Center for Tobacco Research and the Center for Indoor Air Research, paid them enormous fees, and often hid the relationship between those witnesses and the industry; and they devised and carried out document destruction policies and took shelter behind baseless assertions of the attorney client privilege.
What a sad and disquieting chapter in the history of an honorable and often courageous profession

Over 1 million Australians have died prematurely as a result of tobacco use since 1950. Globally, the World Health Organization (WHO) estimates that the annual death toll from tobacco is 6 million, and rising, increasingly concentrated in low- and middle-income countries. It estimates that a staggering 1 billion people could die as a result of tobacco use this century.
As Judge Kessler observed of US tobacco lawyers – observations that resonate globally – lawyers have not played just a bit part in this story. They have not simply provided their services to tobacco companies defending legal challenges relating to past conduct. Lawyers – both in-house and external – have played, and continue to play, a central role in the tobacco industry’s day-to-day production and marketing of its lethal and addictive products. And they have acted, and continue to act, for the tobacco industry in suing (in the tobacco industry’s inimitable litigation-as-warfare style) and threatening to sue governments over interventions that are designed to reduce the death, disease and social costs caused by the industry and its products. For these reasons, the McCabe Centre / Cancer Council Victoria choose not to engage with law firms that choose to act for the tobacco industry.
But the position appears somewhat more complicated with respect to barristers in Australia and other jurisdictions in which the so-called ‘cab rank rule’ operates. Under the cab rank rule, a barrister should not refuse a brief on the basis of the objectionableness of a potential client’s behaviour or character.
The remainder of the post is here.