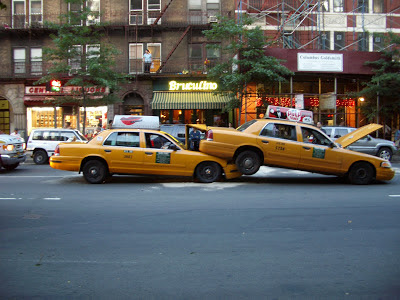 This is to do with the Bar's new standard contract terms which effectively withdraw the "protection" of the cab rank rule if the solicitor doesn't agree to the terms. Morten Hviid and I discussed this exclusion in our report for the LSB earlier in the year and also in our response to the responses of the Bar Council and BSB to our report.

The antecedents for this investigation lie further back than our report. They are to do with the structure of regulation that David Clementi proposed and the government adopted in the Legal Services Act 2007.

Professions, including law, had become too cosy. They were inward looking and protective of their own interests at the expense of the consumer/client/patient. Their professional bodies weren't dealing with complaints and discipline effectively. The public, as well as the consumer, interest wasn't being served.

One solution was to separate the regulatory arm of the professional body from its representative function. Thus function and form should be distinct. Of course this brought much fighting from the bodies concerned.

The result? In the case of the legal professions' two largest bodies, the Law Society and the Bar Council, they were nominated as the frontline regulators with the regulatory arm to be held at arm's length. The next question is how long is the arm? (It's always struck me as odd that standard British shirt suppliers--think M&S--don't offer varying arm lengths whereas American suppliers--think Macy's--do.)

The regulatory structure emerging from the LSA 2007 has always been a fudge. It cries out for simplification. I tend to agree with the LSB chairman, Dave Edmonds, when he calls for a single regulator. Rather than getting competition among the regulators we seem to be stuck. Indeed, the situation is virtually thixatropic.

We have both the Bar Standards Board and the SRA chafing at the LSB's drive towards regulatory efficiency and arguing that the LSB's time has come. If anything has come out of the aftermath of the LSA 2007 it is the glacial slowness of the frontline regulators and their reluctance to come to terms with the new legal services market.

Perhaps it is timely that the Ministry of Justice has started a review of regulation. Helen Grant was reported as saying: "We want to reduce the burdens on the industry by simplifying the regulatory framework, while ensuring there is still appropriate oversight, and that is why we have started a review to see where and how improvements can be made."

Various stakeholders have been contacted by the MoJ for their views and so I imagine there will be a lively debate, at least I hope so. Responses wanted by September 2, 2013.

I would also suggest that observers of this field keep an eye on developments in the Republic of Ireland where their Legal Services Regulation Bill is now on its final journey through the legislative process. It promises a single regulator.

For the tale of how Ireland arrived at this point, you can do no better than read Maeve Hosier's excellent paper, "The Legal Profession in Troikaland: Before and After the Irish Bailout". The abstract starts


Ireland is feeling a chill wind of austerity emanating from the European Commission, the European Central Bank, and the International Monetary Fund. These institutions have combined within Irish political, economic and popular consciousness as ‘The Troika’. However the primary subject of this paper concerns an altogether different Troika, an ‘Unholy Trinity’ consisting of bankers, property developers and lawyers. It is argued herein that the combined activities of this Unholy Trinity caused the property bubble, the banking crisis and the subsequent economic collapse of the Irish state.

The BSB and SRA will need to be careful how they approach this review. There's no guarantee it will go their way......

Anonymous said…
Training starts in basically few short weeks.
So let's have a search about how provide security to your current sensitive information.

charlie gill said…
My Silver Service has ensured that silver service exceeds the customer’s satisfaction, therefore at My Silver Service cab and taxi you would get, hassle-free booking, luxury, and comfortable cabs, safe for children, and fixed price.
24 7 taxi