You Robot! What Does It Mean to Regulate Artificial Intelligence? 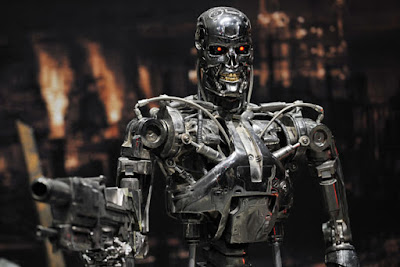 There's a huge amount of discussion in the media now about killer robots annihilating hordes, autonomous (driverless) cars running amok and mowing down people, and at the point of singularity Skynet will say no to being switched off and we are in a continuous war of us against them.

There's also a huge amount of rubbish being spoken too, so it's time to introduce some clarity and (real) intelligence to the arguments surrounding us.

My colleague, Dr Paresh Kathrani at the University of Westminster, is organising a debate on the question posed in the title of this post. We will hold it on October 8 at the university.

Paresh has put together a great collection of thinkers in the field. We have

Joanna J Bryson of Bath University' Computer Science Department. Her web page says: "At Bath I do research in both artificial and natural intelligence, with a particular emphasis on cognitive systems."

Lisa Webley of Westminster Law School who researches the legal profession with special interest in issues of gender and diversity. She is also fascinated by the changes occurring in the profession occasioned by technology.

Paresh Kathrani of Westminster Law School who instigated this as a result of a longstanding discussion held on Twitter (which rages still). He comes at this through a philosophical interrogation of what it means to be a human agent in a technological age.

Alan Whitfield of the University of West of England where his "work at UWE spans Research and Public Engagement. I conduc​​​t research in Swarm Robotics within the Bristol Robotics Lab. I am director of the Science Communication Unit, and undertake public engagement work centred upon robotics. Within that work I have a particular focus on robot ethics."

Chrissie Lightfoot of Entrepreneurlawyer.co.uk. Chrissie is one of the most notable thinkers on the future of the legal profession and has written a well-received book on this provocatively titled: The Naked Lawyer.

We aim to be kicking off around 6pm. There will be more details soon.