Blockchain and Standards: is it impossible? 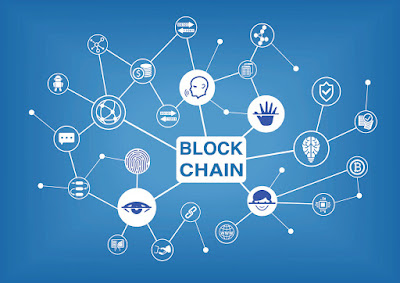 Adrian McCullagh and I have put up a new paper on SSRN, titled, Blockchain's Future: Can the Decentralised Blockchain Community Succeed in Creating Standards?

The abstract reads: Nakamoto proposed a new solution to transact value via the internet. And since 2009 blockchain technology has expanded and diversified. It has, however, proven to be inefficient in the way it achieves its outcomes, especially through the proof of work protocol. Other developers are promoting alternative methods but, as yet, none has superseded proof of work. The competing protocols illuminate a key feature of the blockchain community, namely, its inability to create consensus in a decentralised community. Because of this lack of consensus the formation of standards is particularly difficult to achieve. We examine three areas where some form of agreement over standards will be essential if blockchain is to evolve successfully. These three areas are blockchain governance, smart contracts, and interoperability of blockchains. We argue that because standards formation is such contested process the blockchain community will persist in creating difficulties for itself until it is able to overcome internal divisions.

We welcome all comments.

Best weight loss program said…
7 Sacret Signs of The Universe Is Trying to Tell You Something
Our entire lives are built upon the exquisite system of intention and feedback when it comes to playing and working with The Law of Attraction. That is, you call something in (either consciously or subconsciously) and then the Universe will respond in the form of a reply or message of guidance on the path to manifesting your desires.

As intuitive beings, one of the most fun aspects of life is knowing how to identify and intuitively discern when a new message is being sent our way.

Asad said…
Hello! I just would like to give a huge thumbs up for the great info you have here on this post. I will be coming back to your blog for more soon. https://www.setupdubaibusiness.com/
23:32

Thomas B. Brown said…
Goldenugget is the combination of #decentralized #blockchain technology and the most antique, reliable, value increasing and stable asset: GOLD!
BUY TOKENS now at : https://www.goldenugget.ch/
17:30

Thomas B. Brown said…
Cloud token is a super wallet that contains all the top coins like bitcoin and etc.... they partner with a company called Jarvis that trade all your crypto coins for you and give you anywhere from 8% to 12 % a month on your investment
https://cloudtokensystem.com/?aff=Gregjerome148
03:19

PoL said…
Wagners lawyers in NEW GLASGOW services include representing victims living in New Glasgow, Nova Scotia and beyond who have been injured by a medical error, a traffic accident, and a slipping and falling incident, or a trip and fall.
02:42

THE ONLY TRUE HACKER IN THE WORLD ® said…
SEZONAS SVEICIENI!!!

PAPERWORK EXPERTS PROGRAMMERS said…
Very interesting article. Many articles I come across these days do not really provide anything that attracts others as yours, but believe me the way you interact is literally awesome I do respect that so much. I will instantly grab your rss feed to stay informed of any updates you make and as well take the advantage to share some latest information about

UNDETECTED FAKE BIRTH CERTIFICATE FOR FOREIGN PASSPORTS which many are not yet informed of the new and easiest way to get a dual citizenship through this birth certificate in any country and their advantages over the normal way. I will also take the advantage to ask for your permission to join our 179.3k members TELEGRAM GROUP
to share with us your ideas or any latest update on your blog.
Thanks I am Scott from Globex, we are expecting you on our platform
Thank so much for the great job. You can Call me Scott
15:09

I am so delighted I found your weblog, I really found you by accident,
And would just like to say thank you for a fantastic post and a all round entertaining blog (I also love the theme/design), NEW TIPS TO IDENTIFY A FAKE DRIVERS LICENSE THAT WORKS FROM THE DMV I don't have time to go through it all at the minute but I have bookmarked it and also added your RSS feeds, so when I have time I will be back to read a lot more, Please do keep up the excellent job.
19:23