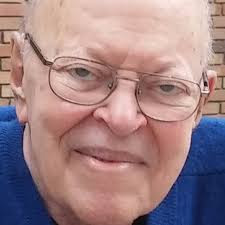 (thanks to Colin Levy)
I write this post with a heavy heart as Peter Lederer died from a heart attack yesterday. Peter was my best friend and, in the nicest way possible, my consigliere. When faced with a decision that seemed beyond me, I would discuss it with him and things would be clearer.
This is not about the entirety of Peter's life. That comes later. I want to tell how I encountered Peter for the first time and how that occasion started, for both of us, an intense friendship and colleagueship.
In 2008 I was invited to be a visiting professor of law at the University of Miami School of Law. Dennis Lynch, then dean, and Mickey Graham, a professor, arranged for me to spend the spring semester there. I was to teach legal ethics and global lawyering. It was expected of me to present a paper to the faculty. Through a series of mishaps I was to go first. I presented it and afterwards Caroline Bradley introduced me to a visitor at the school, one Peter Lederer.
Peter had been a senior partner at Baker & McKenzie, a very large law firm, for many years but then retired and a member of the Board of Visitors at the law school. He would come to Miami in January escaping the cold of New York and stay to March or April. When I used the term consigliere above there was a certain fun in its choosing but it was accurate. The law school benefited hugely from his wisdom as his role in co-founding Law Without Walls exemplified.
Peter and I chatted over the seminar lunch and he invited me to lunch the next day. Over sushi (we ended up eating a lot of sushi together) we talked about my research, his career and life. The more we talked the more I was drawn to him. An idea crystalised in my head: why not write about Peter's career with Baker & McKenzie and tie it into the globalisation of law? Without really filtering this idea, it popped out of my mouth. There was silence. I was convinced I had committed a giant faux pas, that I had offended him. After a while Peter said he would have to think about it. And there the idea lay.
Two days later, Peter came to my office and said, "Why not do it. It could be fun." Thereafter we would meet twice a week and talk and record. Two hours, three hours, it depended on how carried away we got. I rarely had to say anything as Peter had perfect recall. I have written about those first encounters here (from 2008).
We continued for many months and years. I have now a large sound archive and the transcripts, which must be interpreted and analysed. It was impossible not to become close friends through this and I felt an initial pang of loss when Peter left Miami to return to New York. Those conversations stimulated me almost more than any other. We explored so many topics. Even one of the tiny germs of LWOW emerged although we didn't know it at the time. Every opportunity I could get to meet with Peter I took and we got out the recorder and talked more. Miami, New York, St Gallen, Dublin, Madrid, London--a global conversation with a global citizen. Peter embodied cosmopolitanism. Never have I enjoyed listening to someone so much.
Peter Lederer law firms big law globalisation cosmopolitan

NoveltyDMVExperts said…
This comment has been removed by a blog administrator.
16:45

Tropical Loophole Diet said…
This comment has been removed by a blog administrator.
02:05

james said…
This comment has been removed by a blog administrator.
23:19

Evajames said…
This comment has been removed by a blog administrator.
01:43