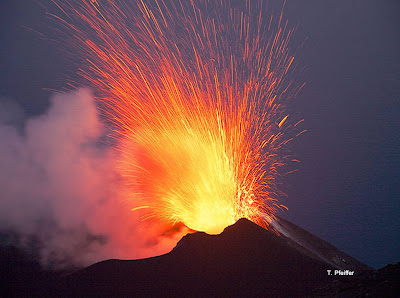 I want to take several disconnected events to show that the legal services world is really undergoing volcanic eruptions.

The first is the merger between King & Wood and Mallesons. That a Chinese law firm would merge with an Australian one was not visible on most people's radar, but it makes perfect sense. The firm will be the largest in Asia with over 2,100 lawyers and with offices in China, Australia, and London, New York, and Tokyo. One lawyer said:


"It is an absolute game changer, the birth of the first global Chinese firm. If they are not planning to add a third party now, then they most likely will in future. This is just a step along the way. King & Wood are way ahead of the rest of the pack in China. I've been here 26 years and seen at close quarter from the large state-owned companies what the Chinese can do. I don't see why not in the legal sector."

The legal professions of both countries had been viewed as marginal and parochial for a long time. The merger reflects the shifting axis of economic power from the west to the east. It also shows how in a remarkably short time China has developed a sophisticated and mature legal profession.

The second event is the purchase of Russell Jones & Walker by Slater & Gordon (the first law firm to have an IPO). Again this a move by the Australians, and one prompted by the liberalization of the legal services market following the Legal Services Act 2007. Slater & Gordon are paying close to £54 million for RJW. There are two elements to this. One is that the personal injury market, in which both firms specialize, is ideally suited to commoditization and outsourcing. Law firm investors I've talked with have always pointed to this sector as an easy one to handle in terms of its work. The second item is that RJW owns Claims Direct, a profitable personal injury business which advertises assiduously on TV and elsewhere. The RJW partners will become shareholders in Slater & Gordon and be formed as a wholly owned subsidiary of the Australian firm.

Besides over 70 applications to the SRA to become Alternative Business Structures, this move is one of the most significant yet as it puts law practices on the same level as other businesses. They are now commodities to be traded as any other.

The third event is Quinn Emanuel's experimental approach to litigation funding. It doesn't abide by conventional hourly bidding which has helped it become one of the most profitable law firms in the world with partners' average earnings over the $3m mark. This fits with general counsels' demands for more practical solutions to legal charging.

To show how Quinn does it, it gave some funding examples to the Lawyer--here are two:


A
We represent a large insurance company as plaintiff in a very complex, contentious litigation where the potential damages could reach  $150m or more.
The law in the area is unsettled.
We have estimated the cost of litigation through trial to be $12m to $15m. Our financial arrangement is as follows:
B
We represent a hedge fund as plaintiff in a very comSWa dispute over a [collateralised debt obligation]:


The final event is somewhat dispiriting but represents the last-ditch stand of the ancien regime. A recent post by Clerkingwell, a barrister's clerk, bemoans that the Bar's pitch of independence is overplayed and is holding the Bar back in the post-LSA era. For example, he says


individuality and independence can really hold a business back – especially if they are applied gratuitously. For example, does a barrister’s individuality really need to prevent them from giving a prompt response to an enquiry about availability, the timing of a piece of work or a simple, unqualified answer to a request for a fixed fee quote? Is it really independence that precludes the prompt provision of billing details in a form that fits in with the organisation’s and client’s requirements?

The Bar has such a long way to go if it is to progress and its recent advocacy of BOEs isn't the way to do it. These are barrister owned entities, a direct contrast to Alternative Business Structures. The Bar Council carried out a survey, Barristers' Working Lives, which found a quarter of barristers felt lukewarm about ABS and moreover


A lack of optimism is evident, with more than half of barristers believing that demand for their services is decreasing.

Legal aid still makes up a significant amount of work for the Bar, that is it still depends on the state for funding.

English barristers and Irish lawyers, who are currently complaining about their soon-to-be experience of external regulation, don't recognize the world is passing them by. They will have to adapt or have it done for them, which would be a shame.

The same is happening with legal education. The rest of the world is changing rapidly how it educates its future lawyers while the UK is stuck in the 19th and 20th centuries. The Legal Education and Training Review needs to propose radical reform but it's questionable how far the legal profession will allow them to do so. We must hope they can be persuasive.

So out of the four events I selected three are positive and show how things will go in the future; one is regressive and displays resistance. The problem with this one is that it could easily damage the prospects of those who want to join the Bar and who would accept the new world with eagerness.

Let's hope that legal education and practice will keep meeting the challenges of the new while incorporating the values of professionalism that encourage such things as better access to justice.

Ranjha said…
Do watch it....
https://www.youtube.com/watch?v=q3xD6wwomrw