What the Bar is Like--Do We Really Know? 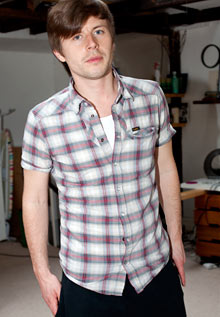 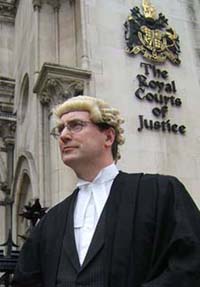 It's difficult getting images of barristers that aren't parodies of themselves. So I have put up two--one traditional (the one on the right) and one in fancy dress (on the left). OK, the one on the right is a trainee barrister being interviewed by the Guardian about wearing plaid...

A couple of reasons for mentioning this. I am finishing a paper with Morten Hviid of UEA on the cab rank rule, which we'll post soon. A simple rule but essentially flummoxing as well.

The second reason is to mention a post by notabarrister, a barrister's clerk who writes on clerking. His latest post is "What is a barrister's clerk?" It probes the history of the clerk and shows how much/little things have changed for the clerk. (One bit of disclosure--I get a passing mention for once having written on clerks.)

As modern as the Bar claims to be, and in many ways it is, it is still as divided as the pictures above. In a way the cab rank rule exemplifies this. Of the the 252,000 people who work in the legal services market, the rule applies only some 12,000 of them, namely self-employed barristers. There is no evidence to support the need for the rule. Indeed, the first lawyer to invoke it got hung, drawn and quartered. Would the Bar be so keen if this sanction were potentially still in force?