Why Do Lawyers Hate Their Clients? 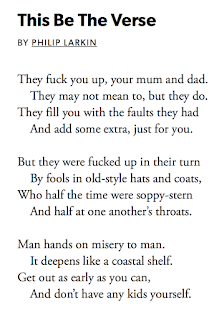 I've been reading about my sociology PhD supervisor, Howie Becker. He's big in France, which is weird because he's the antithesis of theoretical. Unlike Bourdieu, Becker isn't sterile and formulaic. Instead he asks questions about how something is done. There's a rather nice article about him in the New Yorker, which for the English among you would be like being featured on Desert Island Discs. The reason for bringing up Howie is because he refers to his supervisor, Everett Hughes, the great Chicago sociologist.

Howie says, in the New Yorker piece:
“My dissertation supervisor, Everett Hughes, loved the idea that anything you see in the lowly kind of work is there in privileged work, too, only they don’t talk about it,” he says. “Later on, he went to the American nurses’ association and they hired him as a consultant, and he said, ‘Let’s do some real research: why don’t you talk about how nurses hate patients?’ There was a shocked silence and then someone said, ‘How did you know that?’

Of course, this applies across all professions. Doctors hate patients who come loaded with facts from WebMD who would rather self-medicate than take the doctors opinion. At least it looks as if doctors are doing something. You can get better with a doctor; you might even have a new heart.

Funeral directors aren't too keen on corpses either. An ethnographic piece on them (sorry forgotten the cite) showed how backstage FDs called burnt bodies, "Mr Crispy", and drowning victims, "Mr Blobby". And they were more emollient out front with the bereaved.

With lawyers it's almost the same but not quite. Yes, clients might do some research on what they need, but it is harder because legal language is so obtuse and strangled, even for lawyers. But more and more, clients are pushed into this position as legal services become expensive and over-priced for the majority of people. It's harder to see what it is that lawyers are doing for you. You could be free, but most likely you thought you were innocent anyway so no change there. Or, you have a nice, new, shiny fat contract that you can put into a draw and ignore.

Clients hate lawyers because they apparently fuck up your life (to borrow from Philip Larkin). They don't talk English. They talk down to you (because you are ignorant) and won't answer your questions. And all they want is your money but won't tell you how much until it's way too expensive, and you need to remortgage.

I use the example, with students, of going to buy an iPhone, and the Apple store clerk responding to your query about the price saying "I don't know. It might be anywhere between $500 and $1200, but by the time you get to the check out, I'll know and tell you." Not sure Apple would sell many phones that way, but lawyers with hourly billing think this is normal. It's normal for them but not for anyone else. There's just a hint of arrogance and hubris in that view.

If clients are cash cows to be milked for all they're worth, there can be nothing worse than a self-represented litigant. Now before decrying this crime against nature, try to realise that the SRL is probably there because (a) she can't get legal aid, and (b) therefore can't afford a lawyer. No wonder justice wears a blindfold. It's too painful to look at these poor victims being turned over by the lawyers and the judges who also hate them because they clog up the courts. For the lawyer it could be truly awful because the judge might direct the represented party to do the work for the SRL (for free).

It gets much worse, of course. With the move towards self-help, clients look for alternatives and now they are finding them. Legal technology companies are sprouting everywhere. Do it yourself divorce; do it yourself parking ticket appeals (with the help of friendly IBM Watson); do it yourself contracts, tenant agreements and more are all around us now.

To compound the errors these companies actually believe in User Experience and Design. UX is the opposite of what a lawyer should do, since it makes things intelligible for clients. How will you milk them if they control the milking equipment and can read the user manuals?

So there are plenty of reasons for lawyers to hate their clients. And I'm not excluding corporates here. General counsel have been getting far too uppity for their own good demanding budgets from their lawyers and, worse, bringing in their procurement departments to help price legal services.

I watched the Amazon Prime series, Goliath, recently. Don't bother as it's not that good and I only watched the whole of it for research. I'm good at suffering like that for my work. Usual thing of brilliant lawyer, a drunk, dropped out of his BIG law firm, and takes a client who is opposed by big corporate defended by said BIG law firm. Now the senior partner (William Hurt who must have been hurt to play this role) with many dark secrets and a Weinsteinish way with his female partners and associates, not only runs the case for his corporate client (nasty arms manufacturers) but commands the CEO and General Counsel not to contradict him. When the CEO and GC argue for settlement, Hurt simply says no and they roll over for him. It's fantasy but I can imagine many lawyers pining for the good old days when they commanded. Now they follow.

So, if you don't hate your clients, there's something wrong with you and you better get it checked at the local shrink. But don't worry he'll hate you too.

ERX Emergency Restoration Experts said…
Hi i have read your post and i think it's useful.Thanks for the sharing this website. it is very useful professional knowledge.

brizilaya said…
This comment has been removed by the author.
15:21

brizilaya said…
You should get in touch with a skilled sexual assault lawyer in. Learn about The Criminal Law Team Toronto » Our Legal Blog.
20:54

Unknown said…
This is really a nice and informative, containing all information and also has a great impact on the new technology. Thanks for sharing it, budget funerals melbourne
20:08

JeffreyThompso said…
Our lawyers will direct you through that process if it will become necessary. You can find more details on Servicios | The Felicetti Law Firm on the site accidenteayuda.com.
17:03

Acakid said…
Looking for Tutor? Get in touch with ACAKID. We provide the best tutors for all subjects.
15:59

MS Silva said…
Royal quality post, provide important info. Do you know about Bankruptcy lawyer, then share. Want to know more about it.
Thank you

MS Silva said…
Very Effective post. Hope you have many lawyers. If you have any Divorce Lawyer, let me know. I want to talk with him/her. Thanks
03:08

Nathanial said…
Best info. If you are finding an expert like Jeremy Eveland Utah Attorney, then go there and met with him. Tell him your problem; he will be solve your problem. Thank you.
06:29