Is Solicitors from Hell a Criminal Conspiracy Against the Legal Profession? 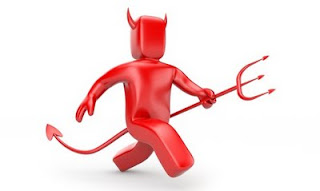 As I came out of the BBC yesterday with Des Hudson*, the chief executive of the Law Society, he said Rick Kordowski was a criminal. I reminded Des that the police didn't think so. He wasn't happy.

We'd both been invited to discuss Solicitors from Hell on Radio 4's You and Yours consumer affairs programme. For those of you who might not know Solicitors from Hell allows disaffected clients to write their stories about their dissatisfaction with their lawyers. At times the voices are plaintive, frustrated, and upset. A number of lawyers have sued Kordowski for defamation, except he's got no money. And recently a judge suggested the Law Society and the Bar Council take action against Kordowski and his website.

The BBC has put the story and the difference between Des and myself on their news website. You can listen to our discussion here: we are Chapter Three.

My view is quite simple. Whatever one thinks of Kordowski or his website, it serves a need. It demonstrates clearly that people need an outlet to express their feelings and concerns about how they are treated. Instead of attacking Solictors from Hell the Law Society should be doing something about those complaints. It should be preventing the need for a website like Solicitors from Hell. If there's no felt need, then no SfH.

Lawyers are improving their game--don't get me wrong--but far too slowly. In the first six months of setting up the new Legal Ombudsman received nearly 40,000 calls which turned into close to 4,000 complaints. And there is a backlog as well. But that's far too many complaints for a profession to have landing on its doorstep. It's still not an easy process to complain about bad legal services. It could involve the Ombudsman or it might the task of the Solicitors Regulation Authority. Certainly the Law Society website doesn't make clear about how to go about complaining except to give a link to the Legal Ombudsman. Take a look at its website home page and see how easy it is to locate the complaints section. It's not.

This is one of the reasons why government decided the professional bargain was no longer working and passed the Legal Services Act in 2007 and established an entirely new regime of regulators for the legal profession and legal services market. Professions have to be accountable to the public.

*Here's Des in a better mood and you can read previous posts on Solicitors from Hell from March, April, and June.

John Flood said…
I received an interesting email from Bruce Wilkins on this topic:

"I’ve read with interest the various articles and comments in The Lawyer and others. What is not commented on are a number of anomalies on Rick Kordowski’s websites. While I agree in principle with the reason for SfH, and we need something like that more than ever, it should be in more responsible hands. Despite the number of court cases which Mr Kordowski obligingly loses, what no one has asked is has the SfH site had any successes. By which I mean how many times has the site been threatened with court action and then backed off, even going so far as the lawyers in question quite literally “doing a runner”. I happen to know of such a case, and despite numerous enquiries have had no response. Attempts to point this out have failed due to censorship by certain publications, possibly because most comments on these sites are regurgitated opinions which give the illusion of “free speech” when it is nothing of the sort. So you can give your opinion on The Lawyer and other sites, especially in bad english, as long as it remains meaningless and doesn’t address any issues which can be verified; and also raises questions which might be controversial. So much for the freedom of the press."
03:03

Ask A Criminal Solicitor said…
Do you see any iron feast solution coming for the burning issue the legal system is going through?
22:32

John Flood said…
I wish but no. I think it's going to take the legal profession some time to come to terms with this. Perhaps the increased competition once ABS get going will stimulate a reform....
22:52

Day said…
Have you seen solicitor.info - more balanced - lets solicitors respond and has a take down proceedure (which is fee)
18:41

John Flood said…
@day Thank you for this. It's an interesting site. I shall watch how it develops.
21:14