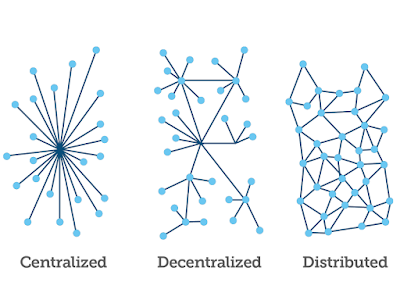 (with thanks to Business Insider)

While I was at University College Dublin I stumbled into something called Bitcoin and blockchain. It sounded strange and slightly whacky to me and I almost ignored it. Something made me persist and so by the time I arrived in Brisbane I knew a little more. And here I stumbled a bit more into a community that talked blockchain. There were developers (mostly unintelligible), lawyers, and entrepreneurs.

I've come some way since then. I give talks on blockchain. I sit on the advisory boards of a number of blockchain startups, and recently I co-organised a conference on blockchain. Recently I was part of a seminar that discussed blockchain with Australia's financial regulators at UNSW in Sydney. The paper below started life at that seminar. It comes out of a project I and collaborators are doing on Initial Coin Offerings (ICO). These took off in a huge way in 2017, raising several billions of dollars in funding. Regulators panicked as in China which forbade them. New Zealand said all cryptocurrencies were securities (I wish someone could explain that one...). Our project has been creating a database of ICOs and we have over a thousand in it. We aim to analyse them quantitatively and qualitatively, and that will be the subject of our next paper.

My co-author, Lachlan Robb, and I have posted our paper, "Trust, Anarcho-Capitalism, Blockchain and Initial Coin Offerings" on SSRN and we invite your comments and critiques. The abstract is below:

"Blockchain--distributed ledger technology--is seen as heralding what some call the internet of trust because it provides an immutable chain of authority that is difficult to hack. Satoshi Nakamoto created an algorithm that required immense amounts of computing power to solve cryptographic problems that when resolved would create consensus throughout the blockchain community by rewarding miners with Bitcoin and prevent the "double-spend" problem. Trust, in either one's opposite party or intermediaries would be unnecessary. The cryptographic work made trust redundant.

Unfortunately, Satoshi could not predict how the blockchain community would behave once the software was launched into the community. Trust became the core issue as different factions among developers and miners squabbled over changes to the software. Trust is also deeply implicated in the ways the community uses blockchain to raise money to fund developments through initial coin offerings (ICO).

In this paper we trace how this these issues emerged in blockchain's short history. We use arguments over block sizes, transaction fees, and hard forks, and the process by which ICOs are run to exemplify our account. We contextualise our story by examining the history of blockchain. Blockchain seems so recent that it doesn't really have a history, but in fact it has a long history stretching back to the Austrian School of Economics. We argue that blockchain can trace its philosophical roots to the anarchy-capitalist strain of the Austrian school. Anarcho-capitalists believe in peer to peer contractual transactions as the foundation for society, They abhor collective action even that which includes the defence of the realm. Dyadic collaborations are sufficient for a society to survive by. Theorists such as Murray Rothbard and Leland Yeager promoted these views in the second half of the 20th century. Satoshi's paper was published in the Great Recession (2008) and incorporated this philosophy. As the blockchain community has developed distributed ledger technology these basic philosophical tensions have surfaced causing dissension and strife. It has all come down to a fundamental issue: who do you trust?"
anarcho-capitalism blockchain distributed ledger technology ICO initial coin offerings Satoshi Nakamoto trust
Location: Brisbane QLD, Australia

Unknown said…
Good Post! Thank you so much for sharing this pretty post, it was so good to read and useful to improve my knowledge as updated one, keep blogging…!!...Blockchain Online Course India

byodbuzz06 said…
A great piece that sheds much needed light on some of the great theoretical/ideological debates in the contemporary crypto space. At CleanApp Foundation, we appreciate the emphasis on pragmatism, and emphasis on Blockchain/DTL/Crypto projects that offer real social utility. Looking forward to engaging more with your crew!
20:49

charity white said…
Circle of light,
This is to let the public know about Mrs. Charity White, a lender who has financial assistance for everyone who needs financial assistance, pays bills, buys in a new business or increases your business. We provide loans at 2% interest to companies and individuals. This does not require a lot of documents, also clear and sensitive terms and conditions. Contact us via e-mail: (charitywhitefinancialfirm@gmail.com) We will provide our best service.
16:39

COLLINS GUZMAN FUNDINGS said…
Are You In Need Of A Private Or Business Loans At 2% Rate For Various
Purposes? If Yes; Contact us: collinsguzmanfundings@gmail.com/WhatsApp:

Alex Andy said…
IF you need to hack into any database, YOU SUSPECT THAT YOUR PARTNER IS CHEATING, Erase criminal records hack , delete record, improve credit score, Bitcon, perfect money, spy on whatsapp,-Facebook ,hack text, phone, emails, as long as it's hack contact Alex @Via

He is great, you won't be disappointed, cheap and fast, he saved my relationship Tell him Andy
23:06

Do you need a personal or business loan urgent that can be process within 2 to 3 working days? Have you been frustrated so many times by your banks and other loan firm and you don't know what to do? Here comes the Good news Authony Financial Business and Home Loan is here to offer you any kind of loan you need at an affordable interest rate of 3% If you are interested let us know contact us at ; inforamzanloan@gmail.com

We Offers Financial Consulting To Client, Companies Seeking Debt / Loan Financing And Seeking For Working Capital To Start A New Business Or To Expand Existing Business. Interested Parties Should Contact Us For More Information Through Via E-mail: inforamzanloan@gmail.com

We Have Loan Programs Tailored For Any Profile And You've Come To The Right Place To Satisfy Your Business Needs. If Your Company Or You Know Of Any Company With Viable Projects / Proposals That Needs Financing, Kindly Write Us With The Loan Requirement. Please, Contact Us For More Information: inforamzanloan@gmail.com

We Offers Financial Consulting To Client, Companies Seeking Debt / Loan Financing And Seeking For Working Capital To Start A New Business Or To Expand Existing Business. Interested Parties Should Contact Us For More Information Through Via E-mail: inforamzanloan@gmail.com

Kindly write us back with the loan information;
- Complete Name:
- Loan amount needed:
- Loan Duration:
- Purpose of loan:
- City / Country:
- Telephone:
- How Did You Hear About Us:

We Offers Financial Consulting To Client, Companies Seeking Debt / Loan Financing And Seeking For Working Capital To Start A New Business Or To Expand Existing Business. Interested Parties Should Contact Us For More Information Through Via E-mail: inforamzanloan@gmail.com
07:34